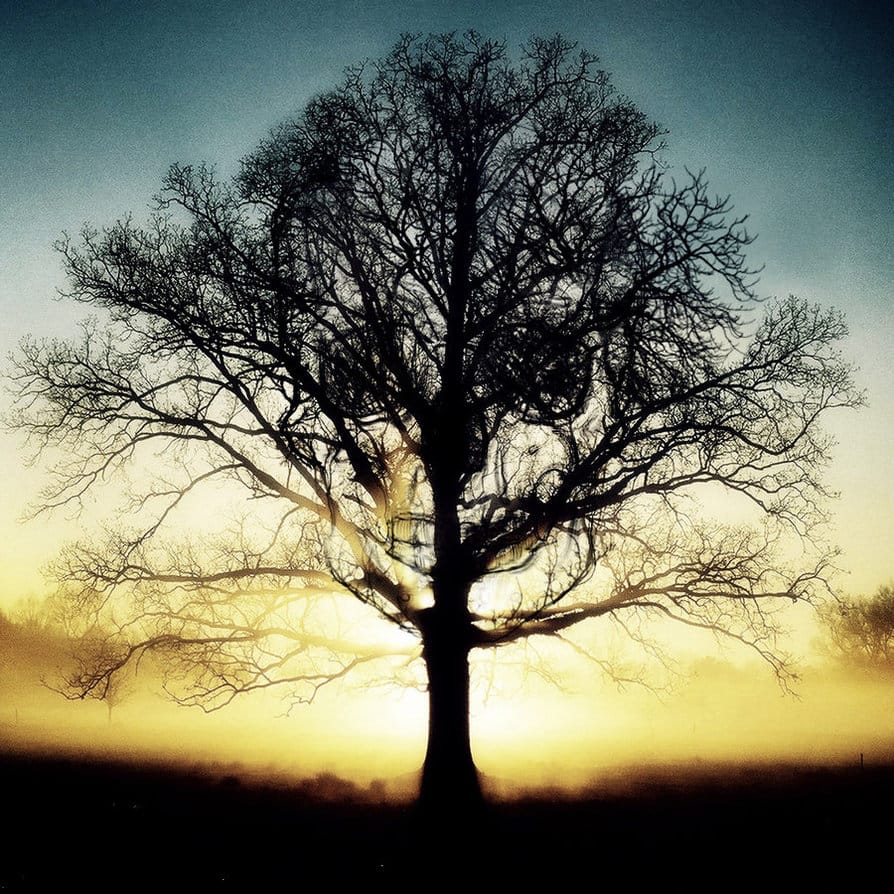 All the children in the Glentown neighborhood knew about the skull tree. It was just one of those things that, hey, you know, kids know about. This is the story of some of those kids.

Ally and Ryan Burch lived on Glenhaven Drive a couple of blocks from their school, Glenhaven Elementary, and the soccer fields. They also had a convenience store nearby that sold really good frozen cola and cherry drinks. On some school nights after soccer practice, they would ride their bikes by the store and buy a frozen drink. Ally liked the cola flavor, Ryan liked cherry. So before it became dark, they would pull in, park their bikes, buy those drinks, and take off for home--pedaling and slurping. But as you probably know by now, all fun things can have a drawback, or say, a downside. Ally and Ryan knew that they couldn't linger too long in getting home. Because if the darkness of nightfall set in, the big, beautiful oak tree located between the convenience store and their street, Glenhaven Drive, would drastically change.

The tree had a big round black hole in it. This hole was about 15 feet up the trunk of that tree. In the daytime this looked like a hole any normal tree would have. But at night, as all the kids in this neighborhood knew, a big white skull would appear in the black hole. So the kids all dreaded going by this tree at night.

So everyday when soccer practice was over, Ally and Ryan would stop by the convenience store, quickly buy their frozen drinks, and pedal and slurp all the way home.

One night Ryan's coach kept him late, and Ally nervously waited for him on the bleachers. Finally it was time to go, but it was almost dark. They hopped onto their bikes and began to pedal home. "I guess there's no way we can stop for a frozen drink tonight," said Ryan. "No way," said Ally "let's just get home".

But the night came too quickly, and it became dark as they pedaled. When they were almost to the tree, Ryan said, "Ally, don't look at the tree." So she squenched her eyes shut for a couple of seconds, but she had to keep her eyes open to ride the bike. And then curiosity got the better of her. She looked up, and there it was, the huge white object in the black hole of the tree. It was the skull! Her legs felt wobbly like jello and somehow she just barely managed to ride that bike as steady as she could. She didn't stop pedaling hard until she saw her driveway. And Ryan, too, had looked up, because he just couldn't help it! And he, too, had been pedaling fast.

"Whew" he said as he pulled into the driveway with Ally. "I'll never stay late after practice again." So they made it home every night after that, long before the darkness set in.

But on one particular night things were different. It was October 31st, Halloween night. Ally, Ryan, and their good friend Andrew who lived next door to them were trick-or-treating all over the neighborhood. Andrew really wanted to fill his pillowcase all the way to the top with candy.

"Come on Andrew," Ally told him, "you've got enough candy. We'll never make it home before dark if you make us go to every house on every street." Ryan said, "Yeah, she's right Andrew. We've all got enough candy to last 3 months."

"Well, we'll sit here and wait for you" said Ally, "but now it's getting dark and we'll have to walk by skull tree in the pitch black of the night." While Andrew went house to house, up and down the street, Ally and Ryan crouched down by the curb and sorted through their bags of candy. "This is definitely enough candy for me" Ryan said. "Me too" said Ally.

Finally Andrew walked back to them. He was finished. Ally and Ryan stood up and they all began the long walk home in the dark.

Darkness began to fall, and pretty soon, they all took their masks off because they just couldn't see a thing peering through the little mask eye holes in the dark. And with each step homeward, their bags of candy became heavier and heavier.

Ally could see the skull tree off in the distance, and she told the boys,"When we get sort of close to the tree, let's run as fast as we can until we're way past it." Andrew said, "I'll never make it, this candy is too heavy." "Well, TRY!" said Ryan. "When I say go, make a run for it!"

So when they were almost up to the tree, Ryan yelled "GO!" and they took off. But Andrew fell behind as he had to lug a heavier bag. "Help me! Help me!" he yelled. So Ally and Ryan turned back and grabbed his heavy, bulging pillowcase. As they tightened their grip and began to run, the pillowcase started to rip and the candy burst out all over the sidewalk, scattering everywhere. Ally looked up and realized they were next to the skull tree. "It's right above us" she whimpered, and the boys looked up in dread. "We've got to pick up this candy" said Andrew. So they began quickly scooping it up and stuffing it back into Andrew's torn pillowcase. As they did this, they heard a strange eerie noise. It sounded as if it came from the skull in the tree and sounded like "EEEEEEEEEEEEEEEEEEEEE!!!!!". Leaving the candy behind, they ran across the street to see what was happening, and to get away from it, whatever IT was.

As they watched, the skull became wider and grew wings. It lifted out of the tree and smoothly soared up into the sky. "It's a skull with wings" said Ally. "No, said Ryan, "It's an owl . . . a beautiful owl. All this time we've been so scared of something that is actually a great creature. Whew! Now we can relax."

"No", said Andrew, "I'm still going for a record. We've got to get the rest of this candy picked up!"