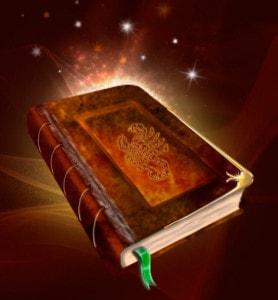 The book was called, 'The Legend.' Daisy read the book all night and day she never even got one bit bored of that book. She started reading it, and started to like it. There once was a warrior named Clar. He had a wife called Grace. She was beautiful, kind and gentle. Her husband, Clar, ruled the country and treated them as slaves but Grace didn’t like that, she tried to stop Clar but Clar was too strong to be stopped. He became greedy and super spoiled. He always said, “hurry up slaves" and whipped them with a whip and he even said to the slaves, “give me the most chickens, give me the most chips, give me the biggest meal!” And then Grace said “stop Clar, you’ve turned into a monster. Would you just be as normal as you used to be when we didn’t rule the country?” God saw that Grace was right and Clar had to be punished. So, late one night when Clar was asleep, God set all the slaves free from the cage. When Grace woke up she wondered where Clar was. God said to grace “I punished him because he had so many chances and he didn’t care. I’m teaching him the right way to treat other people and not being rude and selfish to people and families. Also, to respect other people and when he learns to do all of those things, I said I will give him back to you.” From then on, Clar learned his lesson. The End.