The Butterfly and the Fire Breathing Dragon

A long, yes very long time ago there was a dragon, a most evil, wicked and feared fire breathing Dragon called Dre. Or so it was believed that he was most evil and wicked – but later, and as the story will tell, it will be learned that Dre had been shunned by most which is why he turned bitter, evil and wicked.  Until one special day, one very special day he’d meet and cross paths with a butterfly, a butterfly named Faith.

Faith lived in Butterflyville with siblings Hope, and Harmony.  Faith lived a most joyous and happy life, fluttering through life with Hope and Harmony until most recently when she’d awaken to learn that her siblings had simply vanished.  Thinking perhaps they were just playing an old fashioned game of butterfly hide and seek Faith flew from one corner of the tree to the other, looking from one lily to the other until she could stand it no longer and called out, “come on you two, come out, come out wherever you are!”   Surely now they would fly out and laugh at her for not being able to find them but neither Hope nor Harmony appeared. As minutes turned to hours daylight to dark and there was still no sign of Hope and Harmony Faith cried herself to sleep , alone and confused not knowing what tomorrow would hold in store.  Exhausted and with no other choice but to sleep Faith drifted off hopeful that with the start of a brand new day perhaps she would awaken to find both Hope and Harmony.

And with the next day’s burning rays of sun Faith stretched her wings, yawning to meet the brand new day.  Quickly remembering she had a mission today and that mission was to search for Hope and Harmony and search she would!  Faith flew from tree to tree, lily to lily once again making sure Hope and Harmony weren’t carrying out some silly little game and in despair after not finding either Faith entered  into the deep dark forest.   Although worry she did as she heard tales about Dre the fire breathing dragon, Faith knew there was, just simply no other choice.   So deep and deeper into the forest Faith flew.  Along the way Faith ran into Rattle, hissing and snarling he spoke to her and said ssss faith,  I ssss seen Hope and I ssss saw Harmony - they were behind the rock wall just a few ssss short ssss steps away, Faith hurriedly flew to the rock wall.  Hope, Harmony she cried, it’s me it’s Faith!  And just as she had landed on the lily by the rock wall Rattle tried to catch her, ssss swallow her.  And just as suddenly as Rattle tried to swallow Faith there was a shrill cry “watch out”….and Faith flew to the nearest and highest tree limb.  “Whew”, cried Faith thanks for saving my life.  Why who are you?  Bunny is my name said the brown long eared rabbit.   Dear Faith, what brings you, alone, into the depths of the forest?   Sobbing Faith explained she couldn’t find her siblings and would search anywhere and everywhere she could until she found them. And then just as Bunny was getting ready to tell her about Dre there was a ROARso loud and so scary they both huddled together and scattered into the nearest cove they could find.  And when they found the courage to peek out what seemed like hours later, they saw Dre, the fire breathing dragon, with big dark eyes, and green scaley body and why, the longest tail Faith had ever seen, but fire?   Faith saw no fire.

Funny, although both Bunny and Faith were trembling with great fear, Faith thought hmm, Dre didn’t look evil and wicked and, well, he wasn’t breathing fire. Perhaps the tale of Dre and the fire was just that, a tale, after all.  But Bunny begged Faith not to leave the cove where it was safe – and in that moment Faith stood tall and explained she was on a mission and had to find Hope and Harmony.  Faith appeared at the opening of the cove and startled Dre who wasn’t expecting anyone to be in the forest.  Suddenly fire emerged from Dre’s mouth and Faith had to fly hurriedly to avoid being burned, and in her haste she hadn’t realized she didn’t fly quite far enough away from Dre.  Faith fell to the ground a wing singed unable to fly any further any longer.  Bunny watched in horror but, frozen with fear, couldn’t find the courage to come out of hiding and help her.  Surely Dre would not them being in his forest, surely Dre would…..and then Bunny, when he couldn’t imagine any longer saw something that he never in a million years would have ever imagined he’d see….it was Dre and, did he see a small tear in the fire breathing dragon’s eyes, he wondered? And as he watched he saw that Dre was headed to a small stream where he’d placed some water in his mouth, carried it back and let it flow gently over Faith’s singed wing.  Shaken from the cold water and the fear of waking up to seeing Dre directly above her Faith tried to fly away again falling to the ground.

And it was then that Dre spoke, I didn’t mean to harm you I am not evil and wicked I am alone and confused. And Faith came to realize that Dre was very much like herself.  Faith tried to perch herself along the rock wall resting to try and get her strength back and she explained to Dre that it was the loss of her siblings Hope and Harmony that brought her into the deep woods where normally she wouldn’t enter, she knew this was his territory but simply, she just had to find them no matter what the risk.  And Dre putting his dragon hand out for her to fly into explained that it was also unlike him to venture out of the deep woods where he’d been outcast to for many, many years.  And as Faith and Dre shared their tears and their laughter Dre explained to Faith that all he really wanted was to be liked and to have friends.  And just as Faith and Dre discovered they shared many things Bunny appeared, Rattle appeared, and creatures unknown to them all appeared. And in the distance

fluttering and flying back to Faith were Hope and Harmony, and it was at that very moment there was a peace and serenity in the deep woods unlike any had ever known or seen before.  Among an understanding of creature 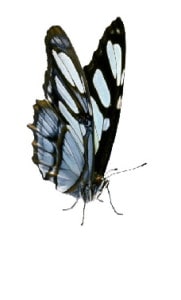