Phoenix Adventure in the Magic Shed

Molly and Sophie were best friends. They were neighbours and loved exploring. You might remember them from their mermaid adventure.
Molly went to Sophie's house with the magic wooden shed. "It's taking forever for the pancakes to get done cooking." said Sophie swaying her dark brown hair. "Hey! We could go play in the in the magic shed and see what's lurking in the corner!” said Molly. So in the shed they went.

"This time can you guess what will be pouring out of the loose plank?" asked Molly curiously when they entered the shed. "Sand?" suggested Sophie. But no, it was a lot lighter than sand. It was..."Mist!" shouted Molly. They went through the loose plank but instead of a tunnel there was a roller coaster leading to the sky. “Should we…go on it?” asked Molly. "Of course!" said Sophie excitedly.
There were two chairs and a button that said “Go”. Sophie pressed the button and off they went. Up, down, loop the loop and straight up like a rocket!
"I think we're going to the clouds!" screamed Molly. She was right, they were going to the clouds. When they reached the top Molly found out they could fly. Then Sophie spotted a Phoenix sitting on a golden tree.
"Hello" said Molly. The bird jumped and said "You’re here! You’re here! You’re finally here! Sorry I'm just so happy. My name is Freo. The reason I'm so happy is because you can help us defeat the horrible Eagle that took over our village.”
"So where is your village?” asked Molly.
"Follow this map." he said.
"Through the Question Wall, then Guessing Game Door-Maze and Ice-cream Mountain?" asked Sophie.
"Yep!” cried Freo, “Now let’s go save the village.”
So they went all the way to the question wall.
“So how do we play?” asked Molly.
Suddenly a note appeared and Sophie read the note aloud. It said:

“To play you have to answer all three questions.
You have three tries.
If you get one question wrong, you’re boxed out of here.
But if you get all right, the wall will open.”

They decided that Sophie should answer all the questions as she was excellent at riddles.
First question is “How do you spell mouse trap with three letters?”
"C A T" Sophie quickly wrote.
The second question is “What’s bright orange and sounds like a parrot?”
“A carrot!” shouted Sophie.
The final question is “What fruit do twins like to eat?”
“Pears!” Sophie had filled in ….all the right answers!
The wall opened slowly. Next they ran all the way to the Guessing Door Maze.

Molly found something shining in the cloud dirt. It was a crystal. “Look” said Molly while taking it carefully out of the dirt. “It could be Eagle’s because it has a picture of an eagle. See?” said Sophie surprised.
“Every time you complete a task, you will get a prize that will help you get through the next obstacle” explained Freo. Instantly the crystal lit up a path through the maze. They followed the glowing trail which took them out of the maze.
At the end they saw three doors with letters on them. On the first door it said “D”, on the second door it said “I” and on the third door it said “S”. Molly chose “S” and she wasn’t sure if it was the right one to get out of the maze. “S” ended up opening into Slime City! Molly closed the door at once. Then she hesitated and tried door “D” but it turned out to be a Dump which was full of flies. The girls shut that door quickly as well.
“So it has to be door I” Sophie said confidently. Sophie had unexpectedly discovered the secret to the doors. The trick was to be confident and sure that you were choosing the right door before you even opened it! Because she was sure this time, door “I” turned from Insect Mountain into Ice cream Mountain. They were finally at the last obstacle to get to the village.

When they walked in, Freo started to climb up a tree. ”Hey Freo. Why don’t you fly up the tree?” asked Sophie.
“Because Eagle has turned the gravity on so the phoenixes can’t fly out and escape” said Freo.
Two pairs of purple magic boots were waiting for the girls at the bottom of the ice cream mountain.
“What can they do?” asked Molly curiously.
“They can make you fly on clouds and up the ice cream mountain. They are your prize for completing the second task” said Freo. “You only have ten minutes before the mountains melt”
“But what about you?” asked Molly.
“You can hold me in your backpack while you fly up the mountain” Freo suggested.
“Let’s go! We are getting late!” cried Sophie.
They flew and reached the door at the top of the ice cream mountain in seven minutes and five seconds.
“Ready?” asked Freo, “Now you have to put Eagle in prison.”
They all went through the door and walked to the castle. They heard drumming as the got near and the heard the Eagle say through his microphone, “Those girls and I shall go to war in thirty minutes!” All the Eagle’s servants cheered and clapped.
“Need a plan” Sophie kept saying. Suddenly she said “Got it! Molly have you got any loom bands?”
“Yes. A whole box in my backpack. Why?” asked Molly. 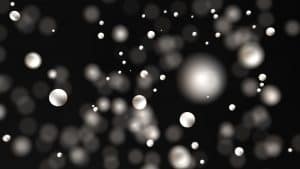 “I have a plan. You will make a long loom band rope of camouflaged green colours while we put the crystal in a place with good hiding spots. Then we will call Eagle to come get his crystal and when he comes near, we will trap him and tie him up with the rope.” explained Sophie. So that is exactly what they did and it worked! As soon as the Eagle was trapped in prison he power finished and his servants turned good. His powers turned into silver confetti which blew all over the village. There were phoenix streamers and a big three layered chocolate cake with gold icing at the celebration.
“We give you our thanks for saving our village from that nasty Eagle. As a present, you can keep the purple boots so you can fly back to us anytime” said Freo kindly.
Sophie and Molly sadly said goodbye and went back home to eat their pancakes which were finally ready. They put the boots in their treasure box with the necklace they had gotten from the mermaids earlier. Then immediately they went to bed for a nap to dream of their next adventure!