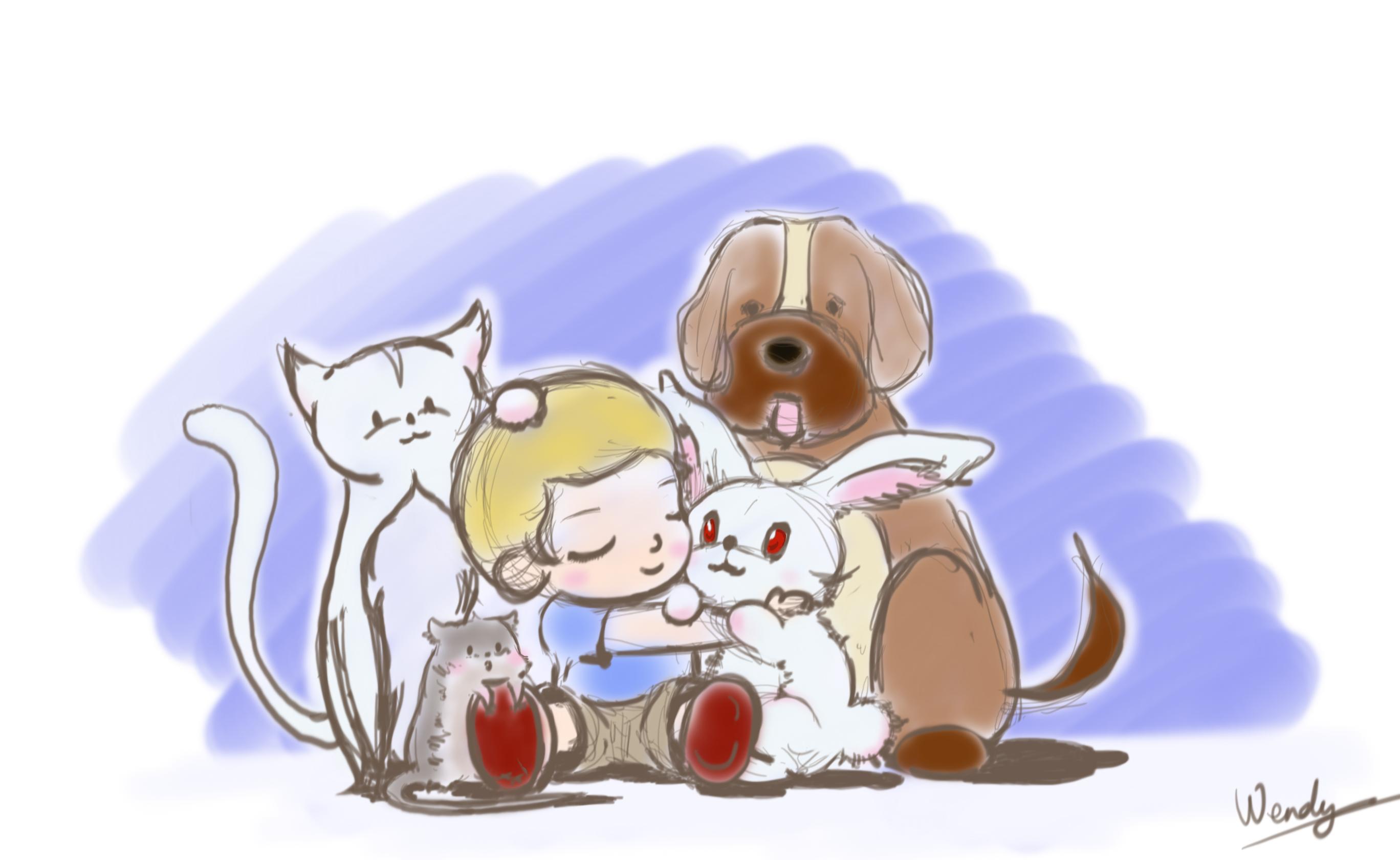 Little Albert and Robert are very good friends,
everyday they play together,
they eat together,
and they sleep together.

However there is a bad guy,
his name is Dr. Watson.
Dr. Watson is a terrible person,
and he is very mean to kids.
He told his friends,
"Let me catch 12 kids, I can make them into anything".

One day, Dr. Watson went to the garden,
and little Albert was playing with Robert in the garden.
Dr. Watson looked at little Albert and thought,
"Look at this boy and his bunny friend, they look so happy, I will make him afraid of this bunny"

This happened over and over,
and little Albert was afraid of Robert.
Whenever Robert approaches,
little Albert screams and bursts into tears,
even though Dr. Waston had already left.

Robert tried again to help little Albert,
but little Albert screamed,
"Go away, please go away, I am afraid of you".

Robert felt very upset, but he still wanted to help little Albert.
so Robert went to the neighbourhood,
sneaked into the kitchen,
and in the corner of the kitchen,
he found Jerry, a fluffy rat.

Jerry felt upset as well.
So Robert and Jerry went to the ceiling
and found Tom, a white cat.

Robert realised that, little Albert is not only afraid of him,
he is afraid of everything similar to him,
but Robert has a new idea.

Robert went to the living room,
and in the armchair he found old Tony, a hound dog.
"Sure, let me help you", old Tony was happy to help.

Old Tony went to the garden,
and approached little Albert.
"Don't be afraid, I will help you", old Tony said with his calm voice.
"I am not afraid of you, you are neither white nor fluffy", little Albert did not cry this time.

Little Albert listenned to old Tony's words,
and overcame his fear,
he is not afraid of his friends anymore.