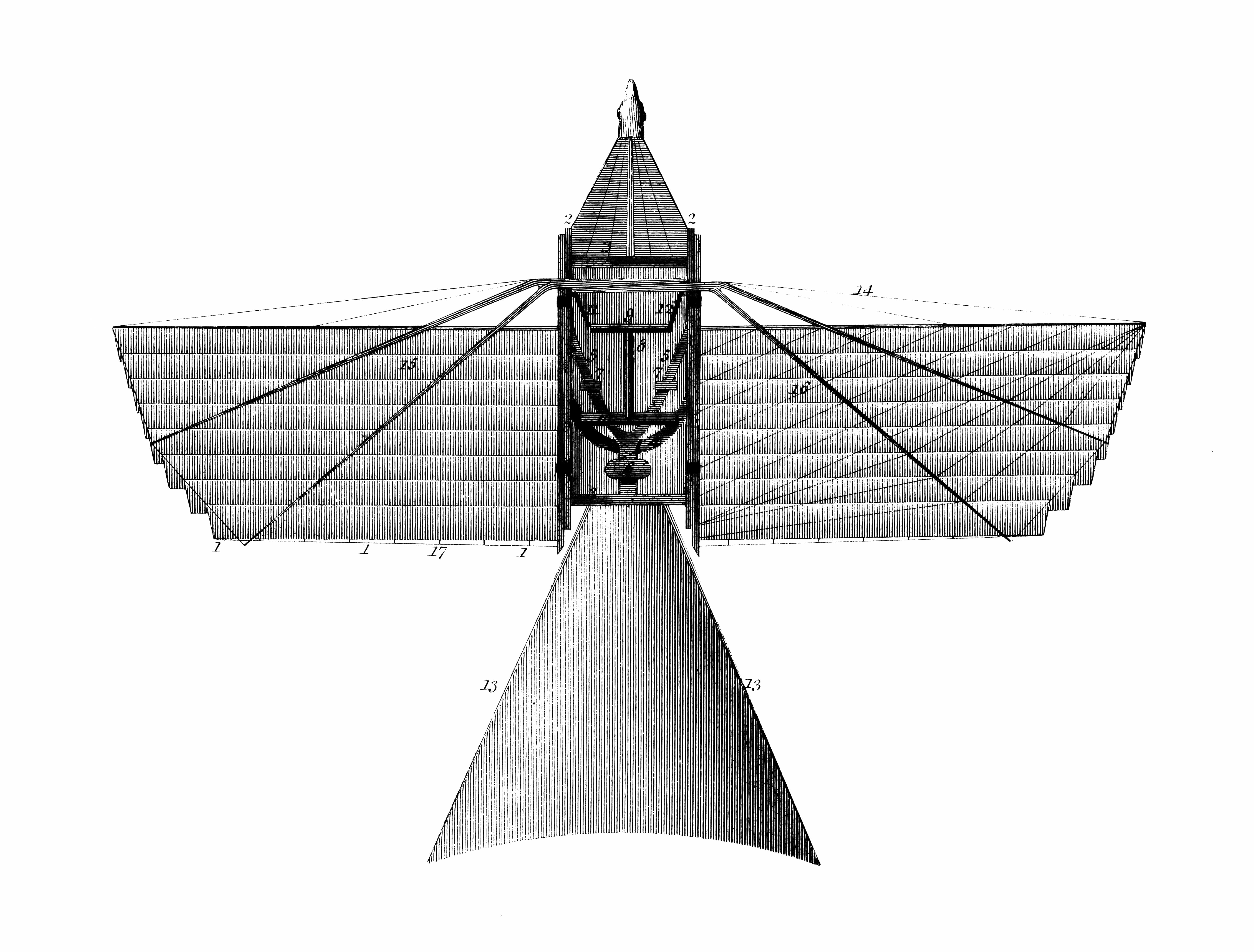 Once upon a time there was a funny guy named Lenny.  Lenny was an inventor. He invented all kinds of contraptions. His house looked like a mess, but he had some really cool things.

One day Lenny decided he wanted to fly.

“I am going to invent some wings and fly,” Lenny told his friend Rudy.

“Now I really know you’re crazy.  You won’t even get off the ground,” said Rudy.

So he went down to his workshop and began working.  Day and night, he worked. No one saw Lenny for weeks.  Then one day he came out of his workshop with a great big grin on his face.

He called Rudy on the phone. “Rudy, tomorrow I will fly, but I need your help,” said Lenny.

“Did you really build some wings?” asked Rudy.

“Yeah and they are really beautiful,” said Lenny.  “They’re a little heavy though.  I need you to help me drag them up to the top of Kill Devil Hill.”

“What did you make them out of?” asked Rudy.

“I made them out of some scrap metal I had laying around from when I built my helicopter last year,” said Lenny.

“Metal! Don’t you think that will be too heavy to use for wings?” asked Rudy.

“No, I calculated all of the angles.  I will be like a human airplane,” said Lenny.

Rudy just rolled his eyes. “Ok, I will be over first thing in the morning and we’ll try them out,” said Rudy.

“See you then,” said Lenny.

The next morning they dragged the wings up to the top of Kill Devil Hill and Lenny strapped them on. 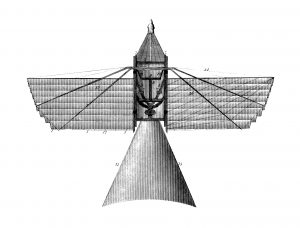 “Are you sure those are not too heavy? asked Rudy again.

“No, the faster I run, the lighter they will get.  The wind will lift me up and I will be flying,” said Lenny, quite confidently.

“All right, I am going to get a running start and take off,” said Lenny.  So, Lenny backed up about fifty feet and started running.  As he ran, the weight of the wings started to wear out his legs and he got lower and lower to the ground.  Just as he got to the crest of the hill, his legs gave out and he skidded across the ground on his face.

After Rudy rolled around on the ground laughing for about a minute, he got up and asked Lenny if he was Ok.

“Yeah, Yeah, real funny,” said Lenny.  “I guess you may be right they are a little heavy, but I know the shape is just right.  I will just go back to the workshop and make them out of another material. Something lighter”

A couple of weeks later Lenny called up Rudy.

“I reworked the wings. I made them out of wood and tissue paper.  These things are so light I may get going by simply jumping off the roof. Come on over, I need a witness,” said Lenny.

When Rudy arrived, Lenny was already up on the roof with these hilarious looking pink wings.

“Yeah, this is the stuff I had left over from when I invented that giant Pig robot we used on Halloween last year,” said Lenny.

“So you think you’re just going to jump off and fly?” asked Rudy.

He backed up a little and took a quick dash and a jump.

Aaaaaaaaaaagh, SMACK! The wings broke right off and Lenny landed on his head in the middle of some bushes next to the house.

After Rudy rolled around on the ground laughing for about a minute, he got up and asked Lenny if he was Ok.

“Yeah, Yeah, real funny,” said Lenny.  “I guess they may have been a little weak, but I know the shape is just right.  I will just go back to the workshop and make them out of another material.  Something not as heavy as the scrap metal and not as light as the tissue paper.”

“Sounds like a good idea to me,” said Rudy as he rolled his eyes.

A couple of weeks later Lenny called up Rudy.

“I reworked the wings.  I made them out of wax and balsa wood.  These things look just like bird’s wings.  Meet me at Kill Devil Hill, I need a witness,” said Lenny.

When Rudy arrived, he saw the wings.  They did look good!

“I need you to help me strap them on,” said Lenny.

Rudy helped him strap on the wings.  They fit real snug.  There was a handle under each wing out near the tip for Lenny to use to move the wings up and down and a belt that went around his waste so that they would not fall off.

“Here we go,” yelled Lenny as he backed up and began running towards the crest of the hill.

He didn’t slow down and just as he got to the edge of the hill, he started to lift up into the air.  He was flying!

He flew and flew just laughing and hooting.  He flew higher and higher. He was really getting high now, and he started to worry.  “How do I land these things?” he asked himself.

That question was about to be answered.  All of a sudden, he noticed that his wings were starting to melt.  He had risen so high, that the sun was starting to melt the wax he used to make the wings.  Pretty soon he had little tiny wings and he was flying about a hundred miles an hour down towards the woods.

“Boy this is going hurt again,” said Lenny to himself.

He crashed into the trees.

“Yeah, I think so, but I am definitely going to quit trying to fly.  This is too rough on the body,” said Lenny.

To this day, no one believes Rudy when he tells the story of how Lenny flew like a bird.  It may be good that they do not believe him, because others would probably get hurt, as did Lenny.

Lenny also made a commitment not to invent anything that cannot be used while standing firmly on the ground.

He often tells people, “If people were meant to fly, they would have wings!”