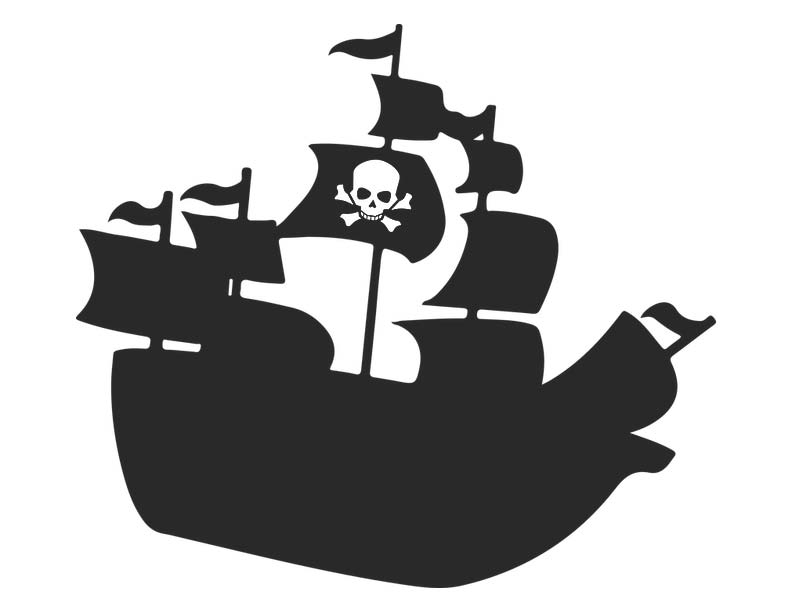 There was once a little boy called Harry whose dream was to have his very own pirate ship and sail around the seas; finding treasure that had been lost a long, long time ago.

Harry always spent his weekends with his Grandma and Granddad; his Mummy would drop him off every Saturday morning at 9 o'clock on the dot and pick him back up on Sundays at 6 o'clock just after tea time.

Grandma and Granddad's house was a big old farm house with a big garden and was next to a meadow full of lovely flowers. At the bottom of the garden stood Granddad's workshop and an old shed.

One sunny Sunday morning Harry was sitting at the table with his Granddad having breakfast and told him that he had a dream the night before that he was captain of a pirate ship searching for lost treasure.  Granddad said to little Harry "well to find any lost treasure Pirates  you need a treasure map!  Pirates can't go anywhere without a map"  So little Harry and his Granddad spent all that sunny afternoon making a map to find the lost treasure. There were a lot of dangers for Pirates searching for treasure and by the time they had finished the map showed sharks and quicksand and other Pirates little Harry would have to overcome.

Harry's Mum arrived to take him home and he gave his Granddad a hug goodbye and off he went still thinking about the pirate ship and the lost treasure.

The next day Harry's Granddad decided he would start building Harry's pirate ship from his dream to surprise him with the next weekend.  It would take him a long time so Granddad got straight to work!  Granddad knew he needed lots of wood to build a fantastic pirate ship and looking in the garden he saw his old shed that had been standing there with only bits of junk in it for years, "that's it" Granddad thought to himself "  I can use the wood from the old shed."

Granddad opened the shed door to find an old car steering wheel from a car he'd had many years ago and also an old bell that used to hang on the shed door, Granddad thought they will do for the pirate ship, so he put them to one side and started to pull down the old shed.  He laid all the planks of wood out on the garden and once all the shed was taken down he carried all the planks of wood into his workshop where he could cut up the wood and start making little Harry's dream pirate ship.

Granddad worked on building the pirate ship for the next few days getting up early each morning and only stopping when Grandma would shout down the garden "your tea is ready!"

Friday soon came around, and Friday was market day in the town, Grandma always went to the market on a Friday to do her shopping.  Before setting off Grandma asked Granddad "is there anything you need?"
"Yes" Grandad replied, " there is a stall on the market that sells flags, please could you look for a big pirate flag to put on top of Harry's pirate ship?"
Off Grandma went to market with her shopping bag and a list of all the things she needed.

It was soon time for Granddad to paint the pirate ship and to fit the old steering wheel he had found in the shed.  Granddad fixed the wheel to the front of the pirate ship and the old bell on the back; "I knew the bell would come in handy and give little Harry something to ring if he got into danger on his dream pirate ship"

Granddad found some old rope and some old bedding at the back of his workshop which he would use to make a sail for the ship, all he needed now was for Grandma to return with the pirate flag so he could place it at the top of little Harry's pirate ship

Saturday morning was the day of the big surprise for little Harry and at 9 o'clock on the dot he came running down the path with a big smile on his face. The first thing Harry said was ''Hi Grandma, where is my Granddad?!''  "He's down in the garden" Grandma replied "but before you set off, don't I get a hug?"
"Oh sorry Grandma," said Harry and he gave his Grandma a big hug and off he ran to find his Granddad.

Granddad was standing at the front of his workshop when Harry ran up to him and gave him a hug. Harry asked "Have you still got the treasure map Granddad?"
"I have" replied Granddad "and I also have a big surprise" Granddad pulled open the big door on his workshop for Harry to see his dream of a pirate ship had come true! "Wow" said little Harry "is that mine?" Harry's eyes lit up and he had the biggest smile a little boy could ever have "oh thank you Granddad my dream has come true!"

Granddad pulled the pirate ship out of the workshop and onto the meadow so Harry could start to play at being the Captain of his ship.  Little Harry climbed up into the ship and started steering the way and ringing the bell to warn the other Pirates that he now had his ship and was setting off to find the treasure
"Are you forgetting something?" asked Grandad as he passed Harry the treasure map they had made the week before.

Granddad returned to the farmhouse and made a cup of tea.  He sat at the table reading his newspaper feeling very happy and proud that he had made Harry's dream pirate ship.

Harry was on his ship shouting orders to his crew when all of a sudden the grass in the meadow turned from green to a deep sea blue and his ship started bobbing up and down on the waves "wow" thought Harry "it is a magic pirate ship!  Now I can really go and find the lost treasure!"

So off Harry set on his voyage holding the treasure map in one hand and steering the ship in the other.  It seemed like he had been sailing for hours when in the distance he spotted what looked like a island. Harry set his course for the island as he thought it would be a good place to bury treasure.

After hours and miles of sailing Harry finally reached the island.  It seemed a lot smaller than when he had first spotted it from his pirate ship out at sea, it was only about the size of Granddad's back garden.  "Never mind" he thought," the smaller the better as it would be easier to find the lost treasure."

Harry climbed out of his ship holding on tight to his map.  The path he and his Grandad had drawn the week before showed him which way to go and he started digging when he reached a small tree.  He dug one hole with no luck, so he tried again a little bit further along the path.  Harry was digging away when all of a sudden he hit something hard, it was a little wooden box.  He cleared the sand away and pulled open the top.  Inside the box were lots and lots of shiny gold coins  ''Yes! I've found the treasure" Harry shouted
He picked up the box and turned to head back down the path to his pirate ship.  Little Harry soon realised that he had forgotten to fasten the ship to anything when he first reached the island and he had been so busy digging he hadn't noticed that his pirate ship had sailed away.

"Oh no!" thought Harry,  "How am I going to get back home to Granddad and Grandma?!"
Harry sat down and started crying.  All of a sudden little Harry heard a voice, Granddad's voice, shouting his name. Harry asked "How did you find me?"
"You fell asleep on your pirate ship" replied Granddad "you must have been dreaming"
Little Harry got up and climbed out of his pirate ship and started to tell his Granddad all about his dream on his magical pirate ship.  "But what is that in your pocket Harry?" asked Grandad and when Harry checked he found one shiny gold coin..