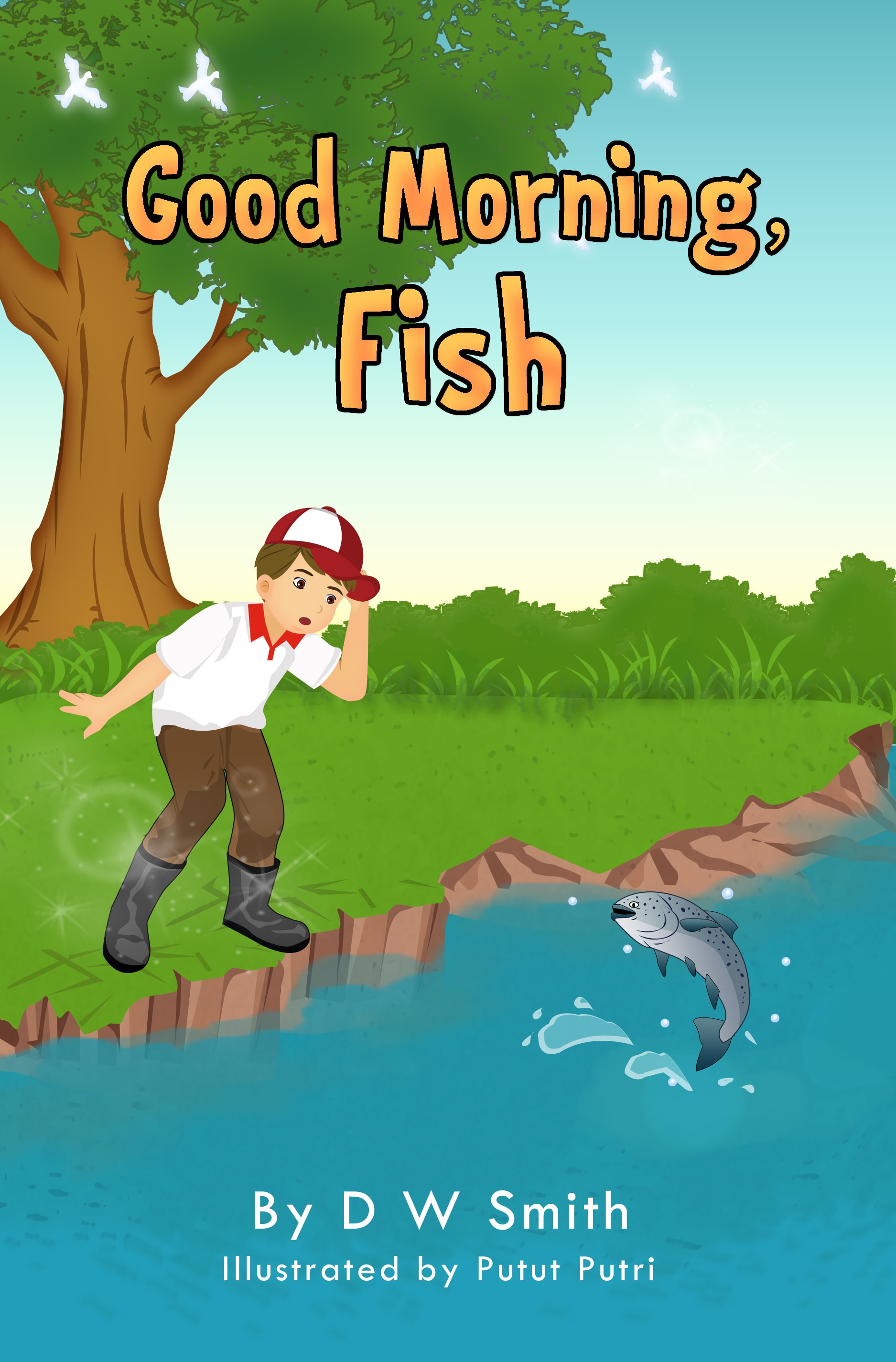 From the time I was little, I remember catching glimpses of my grandpa heading out into the forest early in the morning before the sun had risen, when most of the earth’s inhabitants were not even beginning to stir. He would carry a small pack, which I knew held a pencil and a notepad.

Sometimes I would see him returning from the forest, pack in hand, with a look of wonder on his face. He would always return home in time for lunch, and my grandma would have something yummy ready for him. If I happened to be visiting, Grandpa would tell us amazing stories that couldn’t possibly be true. Or so I thought.

One day, when I was fourteen, Grandpa gave me a small package and said “Grandson, take this notepad and pencil. Some early morning, before the daytime animals wake up but after the nighttime animals have gone to bed, find a spot deep in the forest where you can sit and watch the forest as it wakes from sleep. Use this pencil and notepad to write down what you see and hear.”

I promised Grandpa I would do as he suggested. I had never seen what he had written on his notepad, but I always thought it had to be the fascinating stories he would tell Grandma and me. Now that I had been given a notepad and pencil, I decided I would write amazing things just like him!

It was late fall before I got the opportunity to visit the forest. It was a chilly morning, but not frosty, so I could walk along the paths without making a sound. I had no idea where I should go, so I just pushed deeper and deeper into the forest. Finally, I realized the animals would probably start waking soon. I spied a big pine tree and sat down at the base, my back against the trunk, looking out at a small meadow.

I could faintly hear running water and guessed that a stream was nearby. I took my notepad and pencil from my bag and looked them over carefully in the dim light. With surprising speed, the light grew brighter and brighter. I soon noticed the sun’s rays tickling the tops of the trees around the meadow.

Somewhere, far above me, an early rising squirrel dislodged a pine cone, and I listened to it bounce from branch to branch as it fell from the tree I was sitting under, finally landing softly near me. Even as I made a note of this on my notepad, I realized I would not be able to write stories as wonderful as Grandpa’s. But I continued to wait and to watch.

Birds are always the first to awake, and soon I could hear them singing their morning songs as they welcomed the sun and the new day. Birds fluttered here and there through the trees. The forest was finally waking up!

At that moment, I felt very warm and realized a ray of sun was painting me with its golden light.

It felt nice. It made me sleepy, but I was determined to stay alert to watch the forest finish waking up from the long night.

Suddenly, I noticed a movement near the edge of the meadow. Something was weaving through the trees. Soon I saw it was a deer—a buck—with a large set of antlers on his head. He was magnificent with his crown, looking like the prince of the
forest as he bravely stepped out onto the meadow.

He was in the prime of his life: strong and confident, sure of his every step, knowing every sound that reached him. I watched him take noiseless steps, pausing now and then as his alert ears moved and turned, catching all the forest sounds.

“This is fantastic!” I thought to myself. But I didn’t dare move to write any of this down. I knew the deer would leave if he knew I was watching him, so I sat very still, barely even breathing.

Cautiously, he crossed to the other side of the meadow near where the stream was flowing. He looked around, and his ears were very busy twitching this way and that. When he was confident there was no danger, he dipped his head down to take his morning drink.

At that very moment, as soon as he had dipped his head down, the loudest sound I had ever heard erupted from the stream. The buck leaped straight up into the air, entangling his fine antlers in the tree branches overhead. He hung there for a second or two, thrashing about before he broke loose, fell to the ground, and then quickly bounded away into the forest, never to be seen again.

I jumped to my feet at the loud sound, dropping my pack, pencil, and notepad. My heart was racing, the sound of it pounding in my ears. But the whole forest had gone silent. I stood there a long time, letting my heart slow down, wondering what I should do next.

Then it dawned on me: Grandpa would go over to the stream where the deer had been to investigate the noise. I couldn’t let Grandpa down, so trembling with fear and excitement, I picked up my things and went quietly, even stealthily, across the meadow to where the deer had stopped to drink.

I reached the stream and looked carefully around me. Even though I couldn’t twitch my ears from side to side, I still listened intently for anything unusual. A few birds had begun to sing again. An occasional breeze rustled through the mostly naked trees. The stream gurgled gently in front of me.

After a few minutes of just standing there, I decided I would take a drink from the creek before writing down what I had seen and heard that morning. I carefully stepped to the edge of the water. A school of fish was holding recess in the creek, and the thought crossed my mind to bring my fishing pole next time. As I bent down toward the water, one fish immediately rose toward me.

Just before my lips reached the water, the fish popped up and very clearly, very loudly, louder than anything I had ever heard, said:

The sound and shock of it all caused me to slip and fall. My legs got wet in the stream, and my hands and clothes got all muddy as I quickly crawled up the bank. My ears were ringing as I ran all the way across the meadow back to the pine tree, where I threw myself down at its soft base again.

I lay there for a long time trying to figure out what I had just witnessed.

Finally, I sat up again, pulled my pencil and notepad from my pack, and carefully wrote what I had seen and heard that day. My arms and legs began to dry in the warm sun. As I was writing in my notepad, I was excited to realize I had a story almost as unbelievable as one of Grandpa’s! I hurried to finish, packed my things, and quietly left the forest.

It was a long walk back to Grandpa’s place, which made me hungry. When I came out of the woods, Grandpa was sitting on the porch watching me.

We looked at each other knowingly. I could see he knew that I now knew something peculiar and special about the forest. And then he said, “Grandson, your grandma has made a fine lunch of potato soup with homemade buns. Why don’t you join us?”

Of course, I did. Nobody passed up Grandma’s buns. While we ate, I told them an amazing story that couldn’t possibly be true. When lunch was over, Grandpa looked at me real hard, then winked. I winked back at Grandpa and said, “Thanks for the notepad and pencil."

Grandpa’s eyes sparkled, and he nodded his head. Then I excused myself to go home and take a nap. It had been a long day already!