Geire, The Wolf Who Tried To Flee 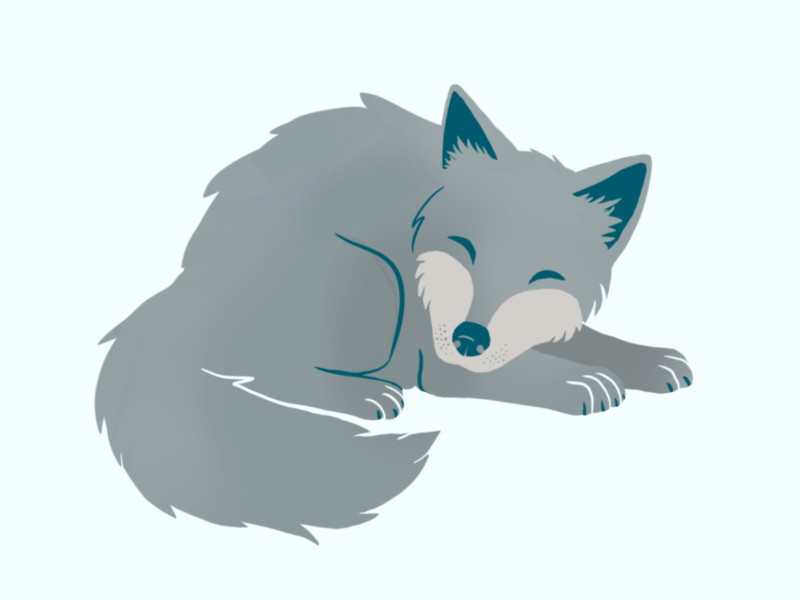 "I venture north to find a better life."

Those were the last words that Alpha Zolon heard from his soldier. They had been through tough times, and soldier Geire had enough. Knowing the risk of being a lone male, he waited for the right time to abandon his clan. Most of the pack growled at him when he said goodbye, knowing that the greedy wolf had left them to slowly wither away. But Zolon bid Geire goodbye politely, and left him with prey to last a week or two. Geire had been thankful, and he set off. That brings us to the present.

Geire was starting to regret leaving his old clan. He had almost been killed by another clan that found him hiding in the jungle not far from their camp, waiting to steal some of their prey. He had caught a mouse, and snarfed it down. However, a group of scouts scented dead mouse, but their hunting patrol wasn't sent out yet. They knew it was an intruder. Geire had to scamper up a steep mountainside to escape from their angry clutches. He watched now, as their attempts to jump and bite him with their jaws failed. He escaped. Geire went back to his old clan, happily, and learned that no matter what hardship he had to go through, at least he had his clan members to help him get through. It took them a while to accept him again, but in the end, he was happy.