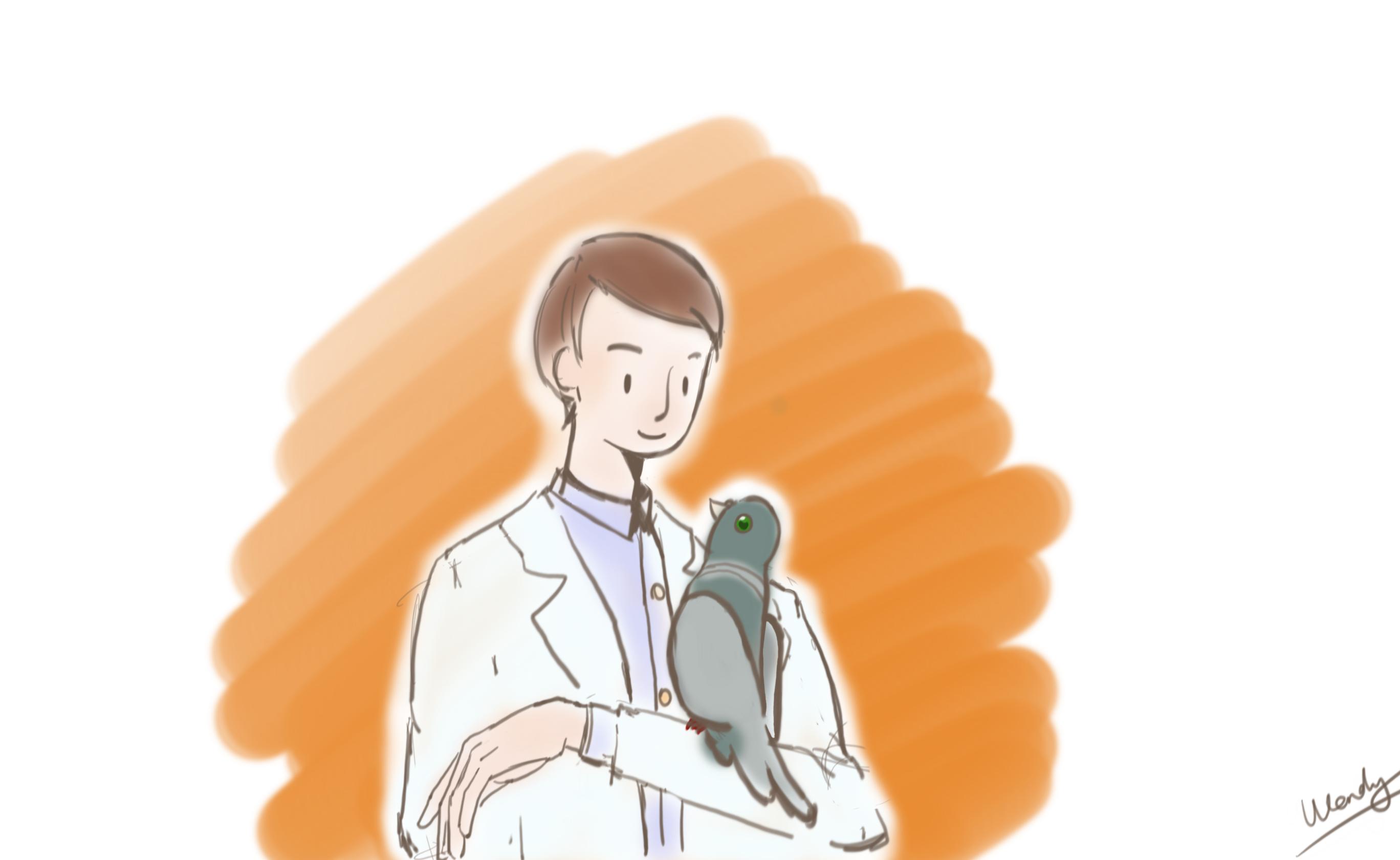 Dr. Skinner is a very nice and polite man,
he has a very good friend, Bob.
Bob is a gray pigeon with green eyes and red feet.

One day, Bob and Dr. Skinner had a bad fight,
Bob yelled at Dr. Skinner,
"I don't like you, I don't want to play with you anymore",
and then Bob went back to his room.

Dr. Skinner is worried,
but Bob would not speak to him.
Bob is too young,
he does not know where to get food.
Usually Bob play and eat with Dr. Skinner everyday,
and Dr. Skinner will prepare food for Bob.

The first day, Dr. Skinner cooked meals and asked Bob,
"Bob, it is time for lunch, would you like to eat with me".
Bob is still mad of Dr. Skinner, so he said,
"No, Skinner, I will feed myself".

So Dr. Skinner ate by himself.
However, Bob does not know how to feed himself,
he knows there is food in the fridge,
but he does not want to go out and see Dr. Skinner.
Bob did not eat anything in the first day,
he is hungry.

The second day, Bob was staying in his room starving and bored.
Bob thought, "I can totally play with myself".
Then Bob started dancing around the room, pecking around and making face.
Bob played for a while,
then he found it is not funny playing with himself and he feels very hungry,
"I will go out, apologise to Skinner, have some food, and play with him",
Bob thought.

Bob opened the door,
and was surprised to find that there was some food behind the door.
"Oh look what I have found here, a whole plate of food, I don't have to apologise to Skinner anymore".
Bob missed the time he and Dr. Skinner play together,
but Bob does not want to apologise.
"Why there is food behind my door?",
Bob thought at night,
"It must be the god of pigeons helping me".

The third day, Bob felt hungry again.
He opened the door,
but there is nothing behind the door.
"Why no food today? Am I doing anything wrong?",
Bob thought.
"Maybe I should dance".

Bob danced for a while,
but there is still nothing behind the door.
Bob felt abandoned and hungry.
"I will go out, apologise to Skinner, have some food, and play with him",
Bob thought.

Bob opened the door,
and there was some food again.
"Maybe it's not the dance",
Bob thought,
"I should try pecking around and making face next time".

The next day, Bob felt hungry again.
He pecked around the room and made face the whole morning,
but there was nothing behind the door.
Bob felt disappointed and hungry.
"I will go out, apologise to Skinner, have some food, and play with him",
Bob thought.

Bob opened the door,
found Dr. Skinner cooking in the kitchen.
"I am sorry, Skinner, my friend",
Bob apologised sincerely,
"Can I have some food?".