My mother and father had just left the house to go to the movies.

I was baby-sitting my two little sisters when the doorbell rang. I knew that I shouldn't answer the door for obvious reasons, but something drew me to open it. 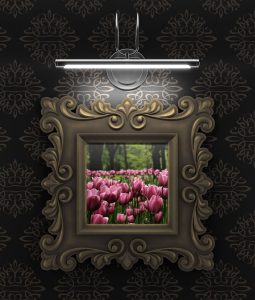 I saw a man at the door and said, "Can I help you?" He looked at me and stared, as if he didn't hear me the first time. I repeated myself several times, but he just stared. I remembered that he might be deaf, and taking three years of sign language, I signed 'Can I help you?' He nodded, heavily and then pushed me aside and stepped in. I signed 'Do I know you? Do my parents know you?' He nodded again. And then stared at the back wall with the picture of a strange figure that came with the house.

My father wanted to throw it away, but my mother said it would go with her new wallpaper. Anyway, back to the story.

He automatically sat at the kitchen table, like he knew where everything was in the house. I asked him what his name was and he shook his head no. I asked him again and he shook his head no, more seriously this time. I started to get scared for myself and my two baby sisters in the house. I told him to wait there and I would be back later. I ran into the next room and picked up the phone to call the police. But when I picked up the phone, I didn't hear a dial tone; I heard breathing ... deep breathing.

I hung up the phone and stared into the kitchen. The man was still sitting there, he hadn't moved. I called the kids upstairs and I locked them in my room so he wouldn't hurt them or whatever he planned to do. Then I ran into my parents room to get the cordless, so I could peek into the kitchen to see if he picked up the phone. When I went downstairs, I looked into the kitchen. 'Good,' I thought. 'He's still sitting down. Now I can call.' But when I clicked the phone, I heard breathing, even though he was sitting down. I screamed and hid behind the wall. 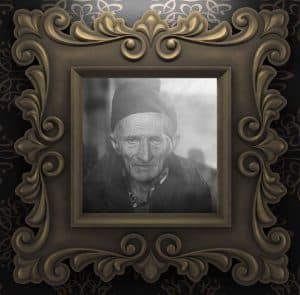 hen I looked to see if he heard me (I screamed so loud that even a deaf man could hear me) he was gone . . .

I don't know what happened, but when I looked at the picture on the wall, there was the man; he was staring at me and occasionally he would blink.

I told my parents and they didn't see the man there. Only I could see him. I don't know why, but I am never alone anymore.