A penguin, A black egg and an island 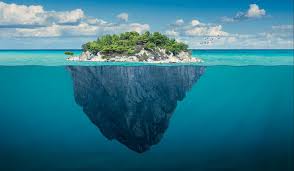 At dawn I heard a knock on the door, it was Salon. He told me that Princess Laytin has been captured by the dark wizard .He handed me a survival kit and a map. I will give you a warning, I cannot guarantee that when you take a pill it will give a certain result, Salon said. I grabbed the survival kit, the map and my trusty sword and raced to my little wooden boat. It is a cold and rough journey to the iceberg. I finally made my way to the igloo where my trusty penguin friend Leo was.

! WHAT! My Penguin friend only has one arm and eye. What happened to you I ask him? He tells me that he was hunting fish for his supper and out of nowhere a baby great white ate his arm and my whole right face off. Come with me and I will give you a new arm and face. So we began the long journey to the nearest blacksmith’s and gave Leo the penguin a new face and arm. He also got given some super awesome ice beam powers so he can freeze enemies and other stuff. So we started our journey and sailed to a near by island to rest.

We parked our boat and walked through the peaceful village to the darkness caves. Luckily I installed a very bright flash light into Leo’s right robotic eye. We walked through the cave until we saw a large creepy shadow in front of us. We paused… and soon the shadow was out of sight. Be careful I say to Leo the shadow creep could still be around us.

We came at a stop there were two tunnels, what one should we go through Leo asks. I think we should see if there is a secret button around here because there is a lot of space between the two tunnels. Great thinking says Leo, so we search and search and then finally Leo found one and pushed it. A small door shaped hole crumbled between the two tunnels. We walked through there were only a few spiders and bats but I took care of them. Leo is scared of spiders and bats so he just stood behind me. We finally came to some light and then we where back outside. I could see a dark low cloud out to sea, the dark wizard is up to something strange.

We sailed to the castle island but a gigantic sea monster was guarding it so we had to make a detour and go to another near by island that had a blacksmiths shed. I found a silver sword and dipped in an plasma infused lake then I hammered into shape and made it red hot. Then Leo found a tiny island that was shimmering gold. Leo cooled my sword and then we set sail to the shimmering gold island. When we got there it was a pond of liquid gold. Then Leo tripped on a vine and then an old locking ground door opened up. I saw all these different suits I put a dark blue and white suit on with wall climbing hand pads and Leo got a ninja suit with a jetpack. We also got some cool weapons. We flew back to the dragon’s castle defeat the gigantic sea monster, and fly to the floating island that had the dragon’s castle on it with Princess Laytin trapped inside. (I think)

Leo gives me a speed pill and the Nadisa spring boots from the survival kit. I take the speed pill and put on the spring boats and take off into the air like a comet and stab my sword into the back of the ghost infused dragon. But it didn’t die… I tell Leo to use his ice beam to freeze the dragon’s wings. Finally the dragon crashes into the sea I quickly pull my sword out of the dragon and get back to land safely. Then I see a weird creature in the distanced getting closer by the minute. It looked like it had sharp crystal shaped things coming off it. The dread clear dragon was awoken. Still I wonder were is the princess and the evil wizard are and when he will strike back for revenge.

‘Are you ok’ I ask, ‘yes’ she reply’s. Where is the evil wizard, I don’t know, she says. Leo, you guard princess Laytin, I’m looking for the evil wizard I grab my sword head to my boat and sail to the dead mountains. I was close to my destination when I could all ready see a old castle on the top of the highest mountain. I could sense the evil wizard was there.

Finally I got to the evil wizards dark hideout. I kicked open the old wooden gates, pulled out my blade launcher and slowly crept in. I was walking in when I saw two speeding walls about to crush me, I used my penguin like reflexes and got out there in time. I ran up the old cobblestone stairs and saw a shadow at the opened doors. I jumped in and shot a blade. It got him in the stomach, just were I aimed. I ran up to him with my sword out so he couldn’t escape. He was dead, all his spells and casts were unleashed. The princess was safe, all thanks to me Knight Medin the unstoppable.