A Different Kind Of Bee 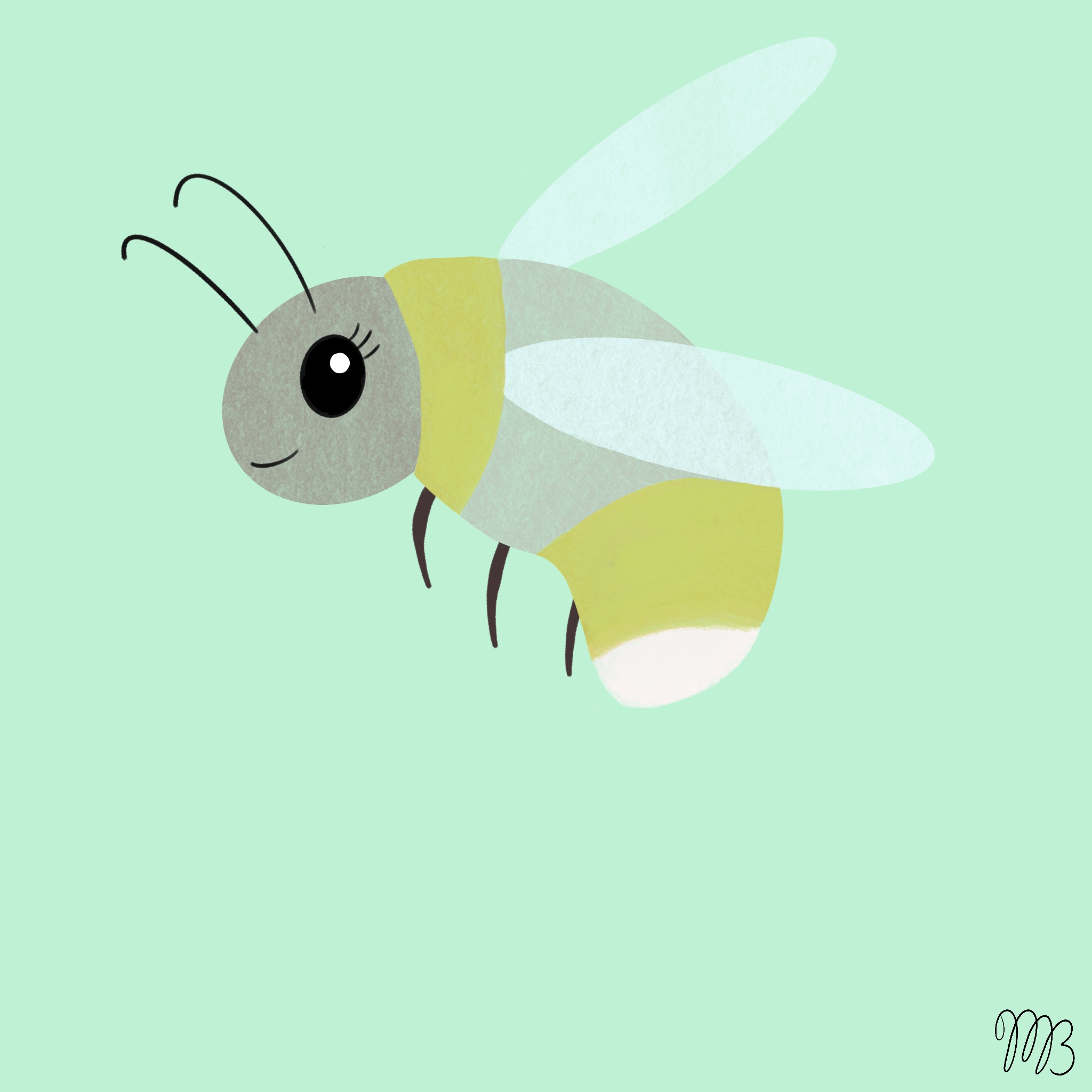 Nelly has always looked different from the other bees. She was born with some extra weight and fluff and couldn’t get rid of it. When she was a baby, the other bees nodded on her, but now they often talked badly about her. ‘Shouldn’t she lose some more weight?’ they often mumbled, or ‘She’s not working as hard as us other bees.’ When she heard these mean words, she put on her brave face and smiled, but when she came home, she often cried and wondered if those bees are right. Why is she bigger than the other bees; and why is that bad?

One day, it was the first day of autumn, Nelly couldn’t take it anymore. When she was waiting in line in the cafeteria, two bees before talked behind her back. ‘She should just stop eating,’ one bee said. ‘she’s eating all our food,’ the other bee said. Nelly felt a shiver and dropped the plate. Everyone stared at her, and she quickly flew away. ‘Why can’t I be like the other bees?’ she cried. ‘What have I done wrong?’ Big teardrops blurred her sight, and before she knew it, she was outside the beehive. It was lunch break, and no bee was working in the fields. Nelly was about to turn around to fly back, but the birds were singing such a lovely song, and the flowers sparkled in the midday light, that Nelly decided to use the lunch break to explore the fields.

First, she flew to the ground and noticed small brown animals with tiny arms and legs; they called themselves ants. Nelly thought the world must be frightening if you are that small, but they didn’t seem to care for they were busily carrying breadcrumbs away. Nelly grew tired from watching them working as busily as the bees and decided to fly somewhere else. On a crispy green leaf, she met a ladybug; red and beautiful, but with many dots on her back. Nelly asked what they mean, but the ladybug just shrugged and flew away. Next, Nelly flew to a pond where she met a praying mantis. At first, she laughed because the mantis looked like grass, but when the praying mantis introduced herself in such an elegant manner and started to sing, Nelly felt shy and flew away with hot cheeks. She said to herself that she’s seen enough for the day and was about to return to the beehive when she saw a bee that looked just like her.
‘You are as fat as me!’ she exclaimed.
The other bee raised an eyebrow. ‘You call me fat? That is how bumblebees look like!’ the other bee responded proudly.
‘Ah, a bumblebee,’ Nelly said. ‘Then, am I also a bumblebee?’
‘As long as my eyes are not failing me, yes,’ the bumblebee laughed. ‘You poor dear, you don’t even know who you are. Look at our fluff,’ she went through her hair, ‘we are better protected than those skinny bees.’
‘The other bees are angry with me because I don’t work as hard but eat more than them,’ Nelly said and sighed. The other bumblebee started laughing. ‘Fat and not working hard enough? Those bees, they don’t know how to enjoy life! All they keep thinking about is making their honey.’
The bumblebee flew closer to Nelly. ‘We bumblebees know how to enjoy life. Be proud of yourself! You are perfect just the way you are.’
‘Thank you, Miss!’ Nelly said and smiled. ‘From now on, I won’t be scared and think something is wrong with me.’
‘That’s good, and if you’ve had enough of those lousy bees, you can come and visit Aunty Giselle.’ Nelly said goodbye to the bumblebee and flew back to the beehive, singing a happy song to herself.

‘I am Nelly, the bumblebee,’ she said to herself. ‘I don’t need to be like the other bees.’